What You Need to Know About Board and Train Doggy Bootcamps 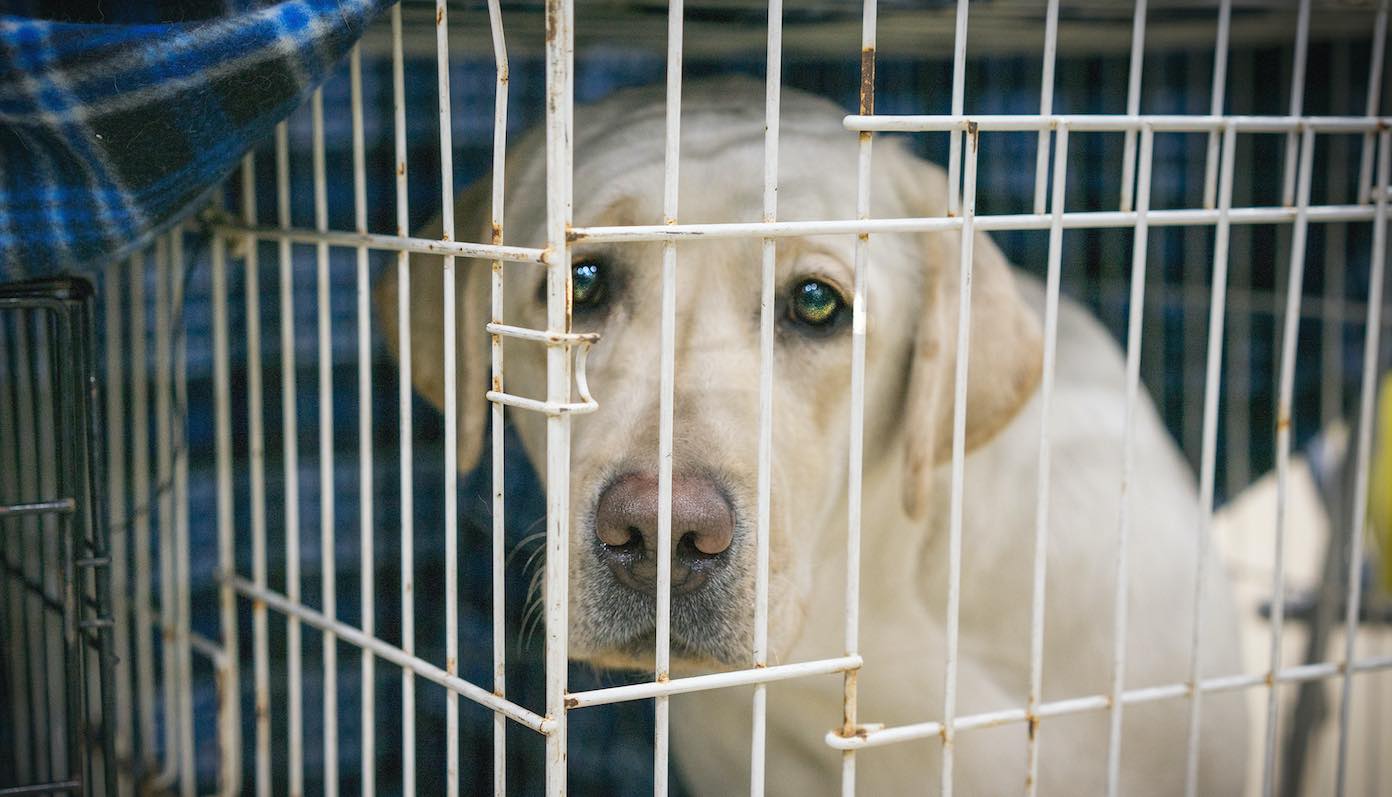 They also inspire confidence in us. After all, if we’re spending that much money and sending our dog to live with a real, bonafide trainer, then surely we’ll get great results… right? Right??

The truth isn’t as rosy.

Before sending your dog to a board and train facility, there are six things you need to know and take into consideration.

One thing that many dog owners don’t take into consideration when sending them to board and train facilities is how their dog responds to being separated from their family.

For many dogs, being sent away for several weeks can be traumatic.

Think about this: you can’t tell you dog what’s going on. You aren’t able to sit down with your dog and explain to her that this is only a temporary thing. You can’t tell him that you’re going to take him somewhere where they can get training but that you’ll be back to bring them home again.

Think about what it looks and feels like to your dog.

You take them to this facility with strange people they don’t know, and then you just leave. The first day or two, they may think you’ll be back, but as time goes on and they don’t see you again, many dogs can become depressed. They feel like their family has abandoned them.

To make matters worse, many dogs are sent to these doggy bootcamps shortly after they’ve been adopted out of a shelter.

Consider how the dog takes that.

First, they had one family. Then, one day, that family took them to the shelter and never came back. They were abandoned.

Then, they get adopted and are brought home to a new family. They think this is going to be their home now. Then, you pack them off and drop them off again.

Not only are you taking them somewhere else and leaving again, but it’s a place not wholly dissimilar to the shelter. Often, dogs are kept in kennels while other dogs are being trained. Just like when they were at the shelter.

Their only conclusion: they were abandoned… again.

The dog learns to become detached from their family because they can’t count on them being around.

Some dogs in this situation become so depressed, they stop eating.

The trainer then has to stop training them on the problem behavior that brought you to them in the first place and resolve the eating problem first. It will take longer for your dog to be trained on the thing you need them to be trained on.

Some dogs are able to acclimate to different people better than others. The thing to keep in mind is that, even if your dog is friendly with strangers in your home, it’s a different situation than when they’re made to feel abandoned by taking them somewhere new and then leaving for extended periods of time.

2. How Much Attention is Your Dog Getting?

We all know that dogs are incredibly social creatures. Being around people isn’t a want, it’s a need.

They need to be around people so they don’t get depressed but also so that new problem behaviors don’t crop up.

Lack of interaction and love can also make both dogs and people become detached. They don’t form the close bonds that build empathy and a caring mentality. If you don’t care about them, they won’t care about you – and that can become a real problem.

There are smaller train and board situations where they only take in two or three dogs at a time to train. These dogs get a lot of attention and may even be allowed to socialize with the other dogs under the supervision of the trainer.

These places are obviously much more expensive.

Most train and board situations have a lot of dogs at their facility to make it an economically viable career for the people running them.

These places are more affordable, but it’s not possible for the trainer to give each dog an adequate amount of attention. It’s also harder to keep the dogs together because the trainer isn’t able to supervise them as closely to make sure they’re all safe. 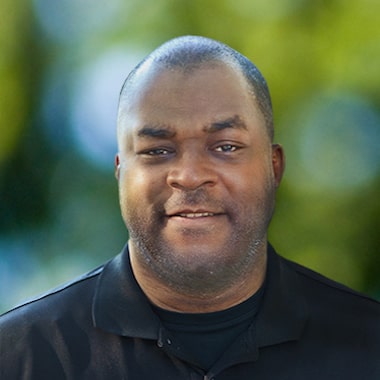 Owner & Master Trainer
“No matter how frustrated you may be at the moment - you can re-build your relationship with your dog.”
Meet Our Team

3. What Does Your Dog’s Daily Life Look Like At The Training Facility?

How much time will your dog spend in a kennel or crate during the several weeks they’re at the doggy bootcamp?

Will they get to socialize with other dogs?

Will they get to socialize with the trainer?

How many opportunities will they get to be let out and go potty?

The trainer may paint a rosy picture about how your dog will be living while they’re there, but there often isn’t a lot of oversight in making sure dogs at these facilities actually have a good quality of life.

Are you taking your dog to one of these places only for them to become depressed, anxious, or just generally miserable?

Remember: just because you can’t see your dog at any given moment doesn’t mean that they’re not having an experience. People might forget about the dog, but she’s still there, still feeling lonely.

When you take your dog to a board and train facility, you’re not there to witness how the training is done.

Many owners don’t care as much about how their dog gets trained, just that they do.

This can lead to many obvious problems and concerns.

Another thing to think about is the ratio of trainers to dogs. How much training are they actually getting while they’re there?

You might wind up spending all this money to have your dog trained, but in reality, they’re spending more time put away than actually being trained.

You will learn how to gain control and establish peace. After that, the course is rounded off with On-Leash Obedience Training. 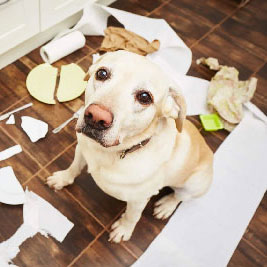 5. How Involved are You Going to be in the Process?

It’s very important for the long-term success of your dog’s training that you be involved in the process.

There’s a saying in many dog-training circles that you don’t train the dog, you train the owner.

This is because the owner must remain consistent in how they behave around the dog in order for the training to stick. Dog training hinges on guiding your dog to the behaviors you want.

If the trainer guides your dog to the target behaviors and you don’t, he’ll behave for the trainer, but not for you.

Some board and train facilities are better than others about involving the owners.

For some of them, owners come to the training facility on the weekends to learn what the dog has been learning and what they need to do to maintain those behaviors at home.

Others will take the time to bring the owner up to speed at the end of training.

Either way, you really want to look for a situation where you’ll be educated on how to keep the training going at home. The success rate for everything you just paid for goes way up if the owner is involved in the process.

It’s also important that you adhere to the advice provided by the trainer.

Again, if you’re not creating an environment conducive to your dog’s good behavior, they’ll obey the trainer, but not you.

A lot of people think that a board and train situation will be super convenient and easy. They assume they won’t have to invest the time or effort needed to get the behavior they want out of their dogs.

They figure that once the dog is trained, it’s a done deal.

When you pick your dog up from a board and train doggy bootcamp, you can expect that your dog will have learned general obedience and certain commands.

One thing that a board and train situation can be good for is if you have hunting dogs and want them trained on how to fetch game.

They’ll learn the words and what they’re expected to do when they hear those words.

However, if the training is not maintained at home and you don’t keep the same boundaries and structure, the dog will go back to behaving as they always did.

If you go this route, you should go into with the expectation that your behavior around your dog will also need to change if you want the training to stick.

We talk to dozens of people every day who have problems with their dogs.

One thing we hear over and over again every single day is, “I have tried everything. I sent my dog off to board and train and nothing has changed.”

Does this sound like your experience? A big reason may be because the dog has been trained, but you have not. Or, that your dog was trained, but not by you. Success rates go up when you train your dog yourself.

Board and train has a very high failure rate. A big part of that is because the owner is not participating in the training.

This misunderstanding is a big part of the reason why so many dogs wind up in shelters. Failed training is a serious problem with severe consequences for the life of your dog.

Help give them the best chance of a good life by giving them training that will maximize their success.

I am so happy with Sam Ivy K9 Consultants and our trainer Maribel. I enrolled in the virtual proper pack course and I wished I would have done this so much sooner!

I loved the flexibility of the zoom classes. You have to be willing to put in the work, but my dog seems so much happier with structure in his life. Thank you Samy Ivy!

Board and Train Doggy Bootcamps 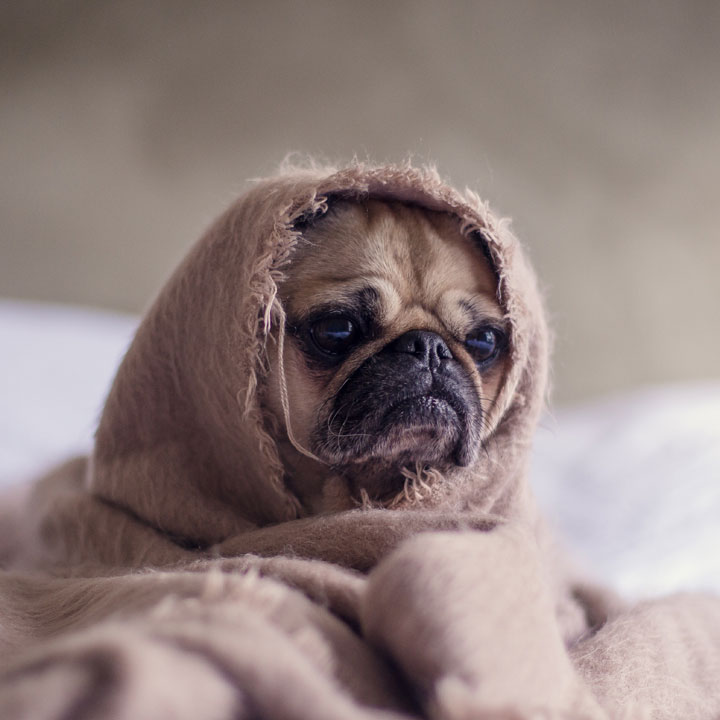 Intervention Strategies for Dogs With... 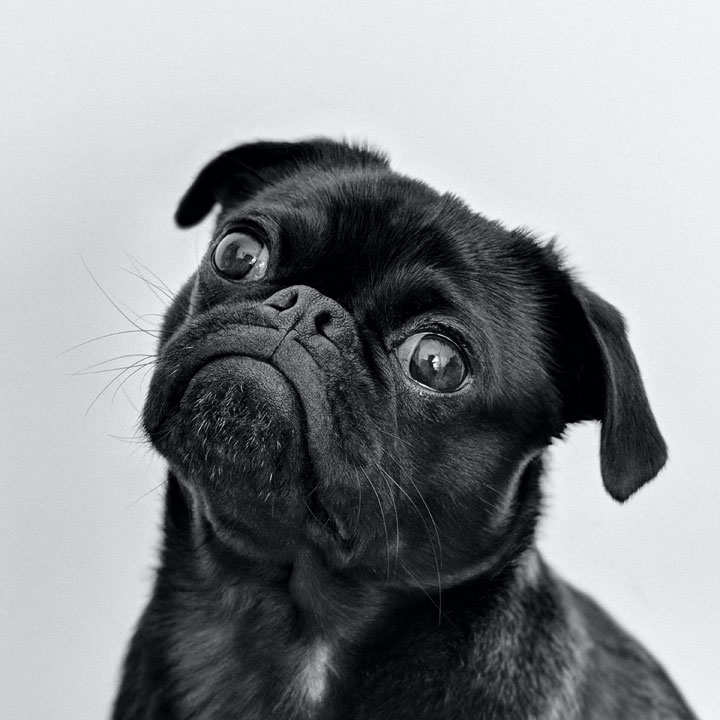 What Questions About Life Your Dog... 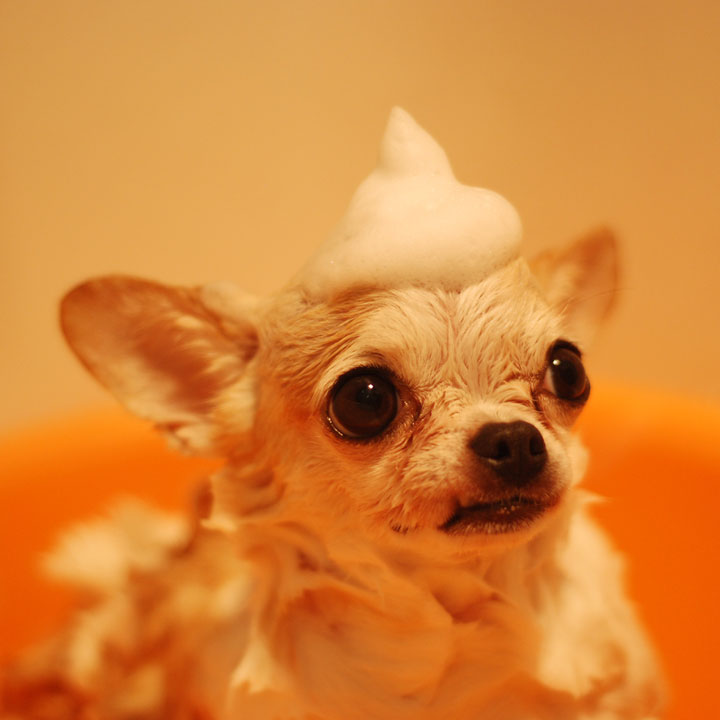 Signs Your Dog is Passive Agressive 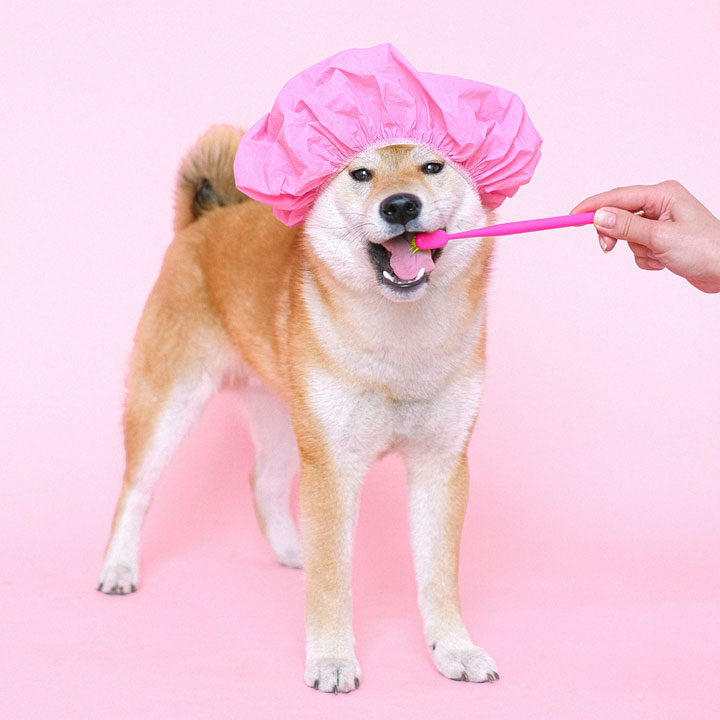 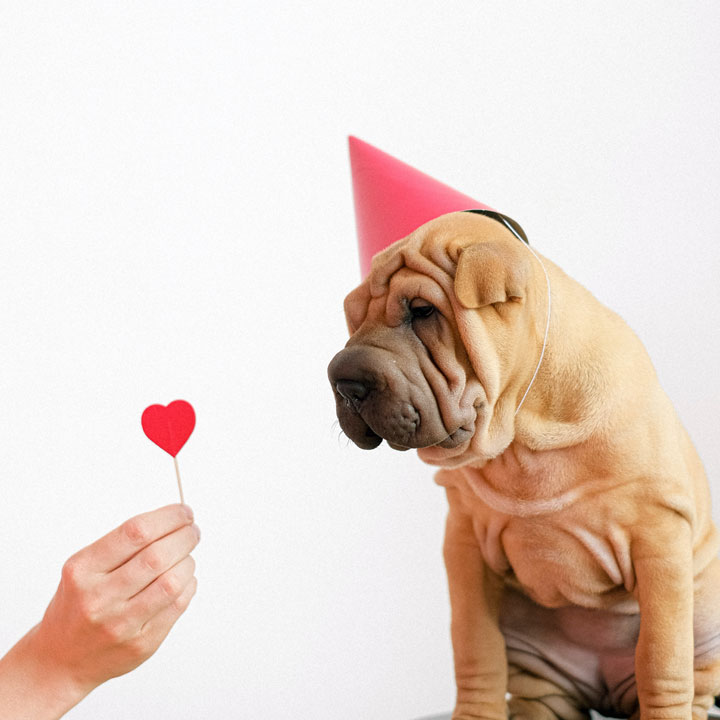 Fix the Relationship With Your Dog 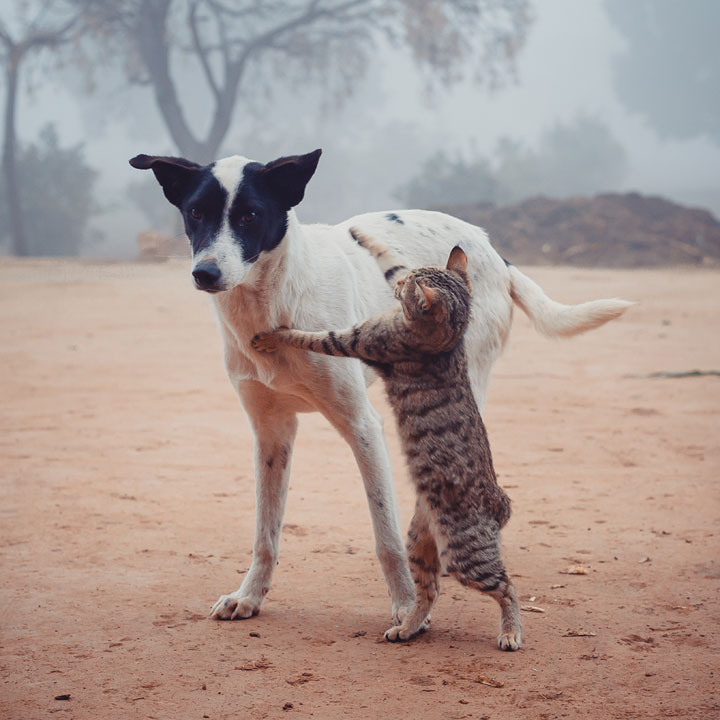 Is My Dog Getting Bullied by a Cat? 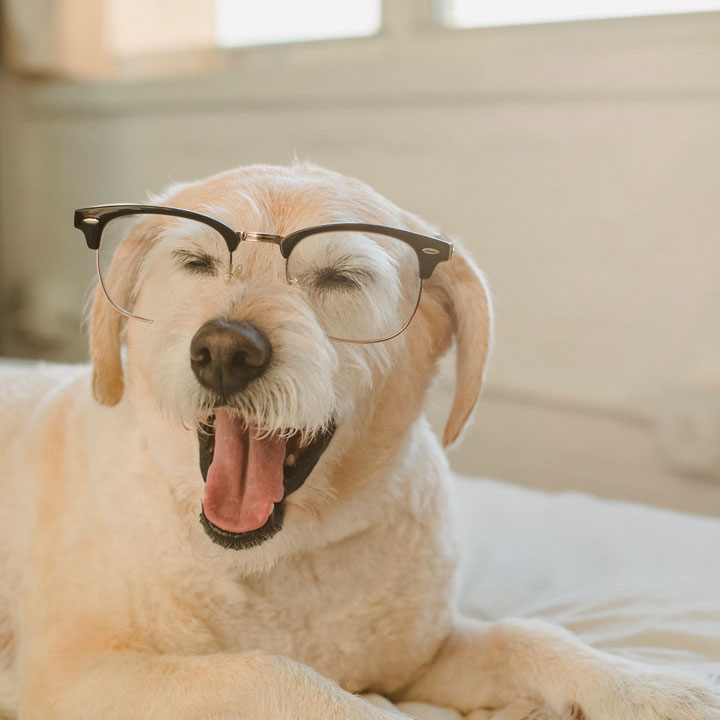 Philosophers Most Read by Dogs 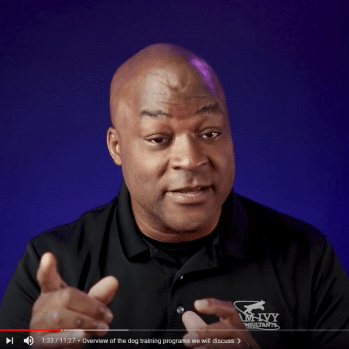 What No One Else Tells You About... 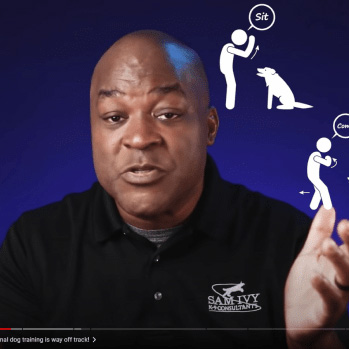 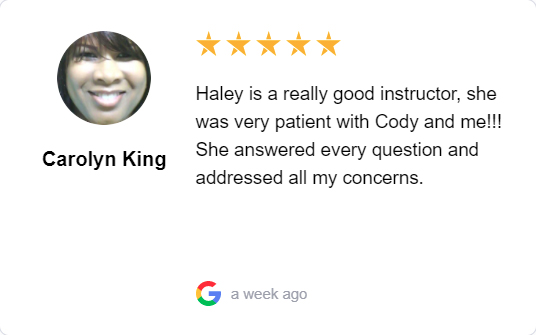 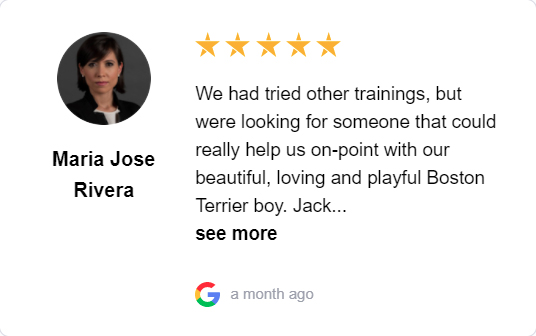 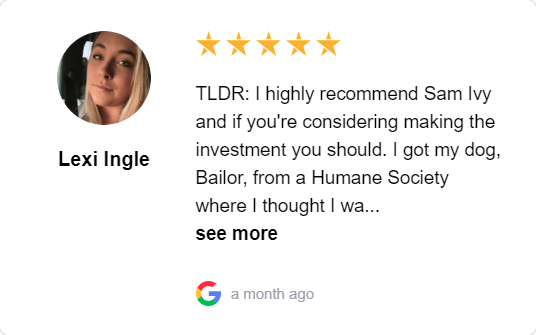